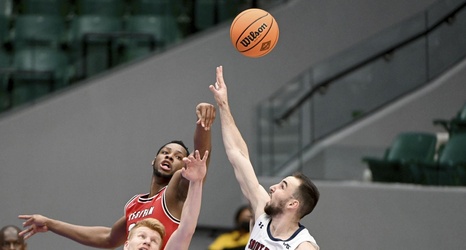 The second honor comes with being named one of 25 finalists for the Lute Olson National Player of the Year.

The Hilltoppers have had two Basketball Times All-Americans prior to Bassey. Courtney Lee was named to the Third Team in 2008 while Brett McNeal was an honorable mention in 1989. WKU does not have any previous Lute Olson All-Americans on record.

The Lute Olson Award, presented annually to the top player in Division I college basketball, is named in honor of Hall of Fame coach Lute Olson, who won 776 games in 34 seasons, 24 at the University of Arizona.