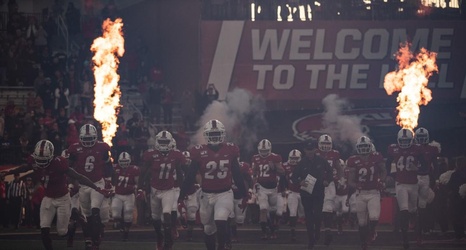 In the same way, WKU’s loss at Charlotte last season carried its own weight as writing on the wall for what turned into a dreadful year. The Hilltoppers lost 40-14 in North Carolina to give the 49ers their largest win over an FBS opponent to date.

Helton is still using the underdog card this week as WKU (4-2) starts a stretch of three straight Conference USA games, starting with Charlotte (2-4) on Saturday, a road game at Marshall and back home against Florida Atlantic. WKU was a nine-point favorite against Charlotte as of Friday.

Charlotte has a proven offense, but the opposite stands on defense.