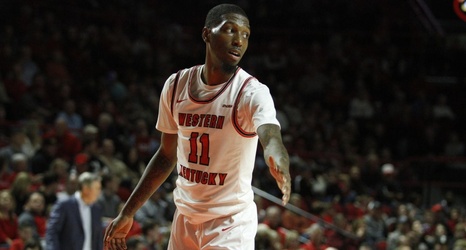 Junior guard Taveion Hollingsworth was named Conference USA Co-Player of the Week for the first time in his career after showcasing a pair of impressive offensive displays for the WKU men’s basketball team in its two home victories over the weekend, the league office announced Monday.

The honor is the third C-USA weekly award in Hollingsworth’s career overall, but it’s the first Player of the Week nod for the junior standout.

It’s also the 6-foot-2-inch, 165-pounder’s first recognition from the C-USA league office since his standout 2017-18 campaign, when he racked up two C-USA Freshman of the Week honors on Dec.