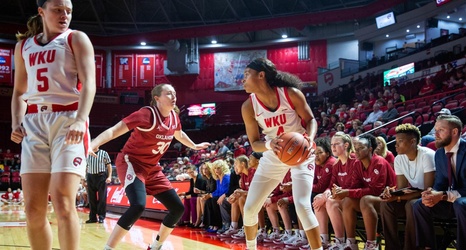 Givens scored a total of 59 points across two games last week and averaged seven rebounds. Her 41 points at Ball State set a Worthen Arena record. The arena has been open since 1992. She also tied for the third-most points scored by a NCAA Division I women’s basketball this season and tied for the second most by a Lady Topper.

The Lexington native was the second-leading scorer for WKU with 18 points in a 74-63 win against Oklahoma on Wednesday.