‘How many good things have to happen before you’re just grateful?’: No. 15 seed WKU ends season with NCAA Tournament loss to Louisville 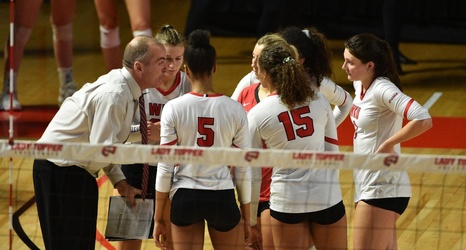 The WKU volleyball team (32-2) battled until the very end on Friday night, but the Lady Toppers couldn’t keep themselves from stumbling against in-state rival Louisville (21-9) for the second time this season in the NCAA Volleyball Tournament Second Round.

No. 15 seed WKU had its school-record 28-game winning streak snapped in front of 5,023 fans, which set a new attendance record for a volleyball match held in Diddle Arena just one day after the previous record of 4,514 was set against Kennesaw State.

The Lady Toppers are still winless in the all-time series against the Cardinals — trailing 18-0 after this five-set loss — and WKU was halted in its attempt to reach the Sweet 16 round of the NCAA Volleyball Tournament for the first time in program history.