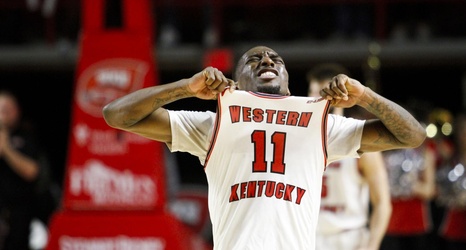 The WKU men’s basketball team (7-3) notched a gutty win in overtime on Saturday night, as the Hilltoppers picked up an 86-79 victory and handed Power 5 Arkansas (8-1) its first loss of the season in front of a season-high crowd that featured 6,862 fans.

The Hilltoppers returned home after playing five straight road games and picked up their eighth win over a Power 5 opponent since the start of the 2017-18 season in front of a national TV audience watching live on CBS Sports Network.

“I’m proud for our guys,” head coach Rick Stansbury said. “We’ve been through a tough stretch.