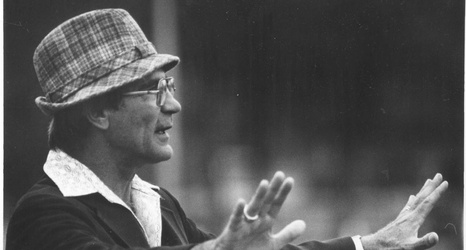 Jimmy Feix, the all-time winningest coach in the history of Western Kentucky football, is listed on the 2021 College Football Hall of Fame Ballot, the National Football Foundation announced Tuesday.

Feix, who was previously on the ballot in both 2019 and 1997, is one of 40 coaches listed on the ballot. The ballot was emailed to the more than 12,000 NFF members and current Hall of Famers whose votes will be tabulated and submitted to the NFF’s Honors Courts, which will deliberate and select the class.