What I Think After West Virginia Saves Its Season (For Now) 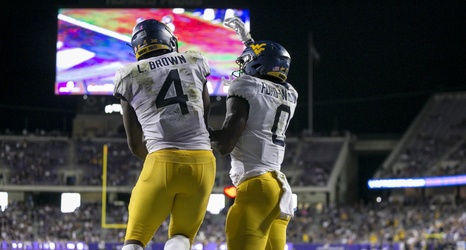 The TCU Horned Frogs have now twice provided the blueprint for the how Neal Brown wants to win. In 2020, Neal jumped out to an early lead, realized TCU did not have an answer and we just ground out the game in the second half. This year, the offense knew what it could do and the defense stood strong and produced three turnovers, giving the offense extra possessions.

21 completions on 28 attempts for 257 yards. No touchdowns. No interceptions. That is game manager esque and we asked Jarret not to mess the game up and he did not.