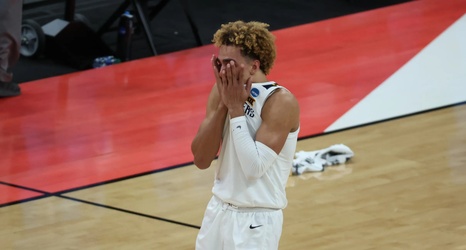 Mountaineer blood week continues with West Virginia basketball’s Emmitt Matthews, Jr. entering his name into the transfer portal, according to an early report from VerbalCommits and later confirmed by Matthews via Twitter.

The junior forward started 25 of 29 games for Bob Huggins this season, averaging 7.7 points, 4 rebounds, and 1.1 assists per game — with a season high 14 points in West Virginia’s loss to the Syracuse Orange in the second round of the 2021 NCAA Tournament on Sunday. It is worthy of noting that Emmitt was one of multiple Mountaineers to report being targeted with death threats following West Virginia’s exit.