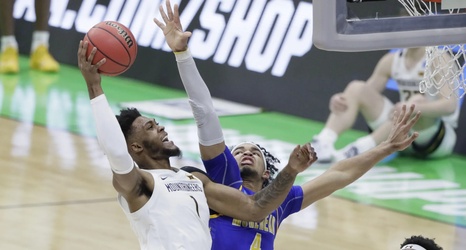 The Mountaineers, and their fans, had to wait on this one. West Virginia found themselves slated for the last tip of the day from Lucas Oil Stadium. What was originally schedule as a 9:50pm tip-off would eventually become a 10:25 tip.

Moorehead State would then rattle off an 11-0 run of their own, pulling even with West Virginia at 17-17 with 10:13 to play in the first half.