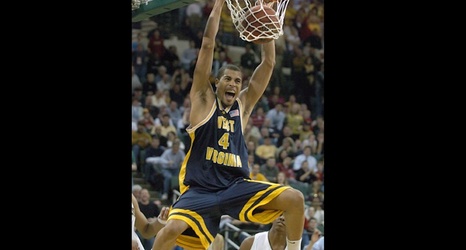 MORGANTOWN, W.Va. — Tyrone Sally had a number of reasons to move on from the WVU basketball program after his freshman season. The Mountaineers finished 8-20. Sally’s head coach retired in the middle of the season. And an extensive coaching search happened — twice.

Sally however stuck it out and became the 41st player in the history of the program to reach the 1,000-point plateau.

The Chesterfield, Va. native signed with the Mountaineers and attended the WVU-Richmond NIT first round game in March of 2001. The John Beilein-led Spiders cruised to a 79-56 win. Sally was watching his future head coach go to work against his future team.