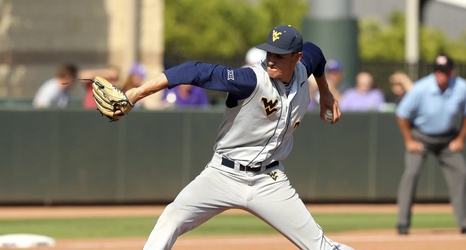 Basketball has come to an end for both the men’s and women’s teams at West Virginia, but there are still plenty of Mountaineer teams in action that will be playing in big games this month. The WVU baseball and women’s soccer teams both have multiple matchups against ranked opponents this month, while the gymnastics, golf, and tennis teams are preparing for postseason play. Let’s take a look at the top five games for Mountaineer athletics in April.

The West Virginia baseball team had high expectations coming into this season, but those expectations have quickly diminished.