‘They create their own breaks’; Neal Brown on Big 12 co-leader Kansas State 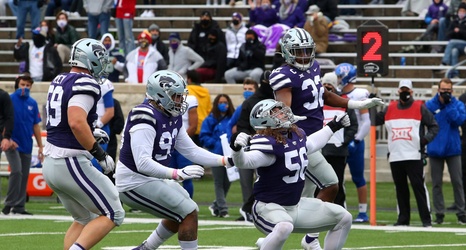 MORGANTOWN, W.Va. — Near the midway point of the Big 12 Conference season, Kansas State is best positioned to challenge Oklahoma State at the top of the league standings. The Wildcats (4-0) and the Cowboys (3-0) are the lone teams without a conference loss. League preseason frontrunners Oklahoma and Texas are both 2-2 in league play.

“When you think Kansas State, whether it is under Coach Klieman or Coach Snyder, it is a disciplined football team that plays extremely hard and they are difficult to prepare for in all three phases,” said WVU head coach Neal Brown.