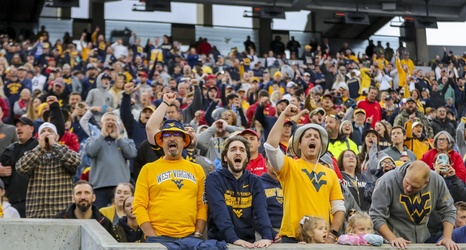 Many would expect that a rainy and cold day in late October would result in a football crowd being disinterested in its team’s game, but that was not the case at Milan Puskar Stadium this past Saturday. The 45,613 West Virginia fans in attendance helped the Mountaineers upset Iowa State, 38-31. The crowd was roughly 15,000 short of the stadium’s capacity because of the rainy weather and WVU’s mediocre record, but that left over 45,000 true Mountaineer fans to cheer on their team and they did their part.