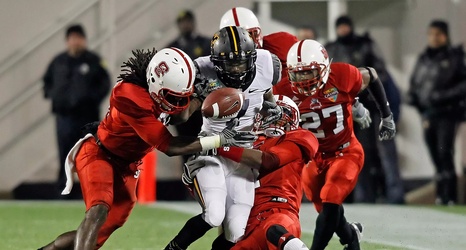 This is part of a new series of articles looking back at the last time WVU faced off against this season’s opponents. This week is NC State

Despite hitting the 9-win threshold for a third consecutive year under Bill Stewart, WVU’s appearance in the Champ Sports Bowl felt lackluster before it ever kicked off. The Mountaineers had entered the season as heavy favorites to win the league outright in what would be their penultimate season in the Big East, and though we technically had finished in a three way tie, UConn was awarded the league’s BCS berth, having topped the Mountaineers in overtime earlier in the season.