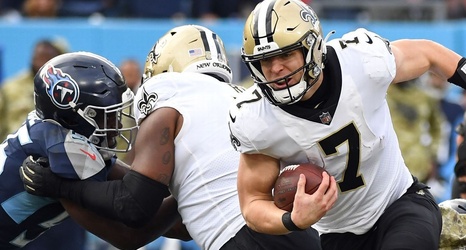 New Orleans quarterback-running back Taysom Hill signed a unique four-year, hybrid-type of contract extension with the Saints Monday that could be worth anywhere between $40 million and $95 million depending on the position he plays, sources told ESPN's Adam Schefter.

The deal, which comes a day after the Saints' loss to the Philadelphia Eagles, also includes $22.5 million guaranteed, sources told Schefter.

Hill's hybrid deal is unique and unlike other contracts because it pays him a $40 million base salary for the role that he's currently playing, and up to an additional $55 million if he does become the Saints' starting quarterback for the next four seasons.