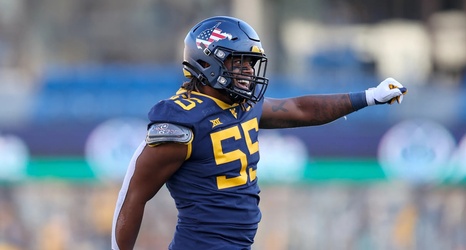 West Virginia’s Dante Stills has earned another national preseason accolade. The senior defensive lineman from Fairmont has been named an AP 2021 Preseason All-American. Stills, who led WVU with 10.5 tackles for loss last season, is a second team honoree.

Defensive lineman Dante Stills is stepping as he prepares to play his senior season at West Virginia. The WVU coaching staff has been pushing Stills outside of his comfort zone, which has led to him becoming a vocal leader for the Mountaineers.