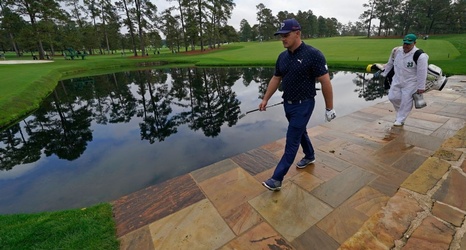 AUGUSTA, Ga. -- Bryson DeChambeau was going to obliterate Augusta National last fall. He was coming off a convincing 6-shot win at the U.S. Open, overpowering famed Winged Foot. He arrived at the Masters with a plan to do the same.

But a funny thing happened on the way to a green jacket.

DeChambeau hit it far at Augusta, but wide. The underrated short game that also had helped him at Winged Foot let him down. He did make 18 birdies and an eagle on the week -- that's 20 under par, which was the record-setting winning score by Dustin Johnson.