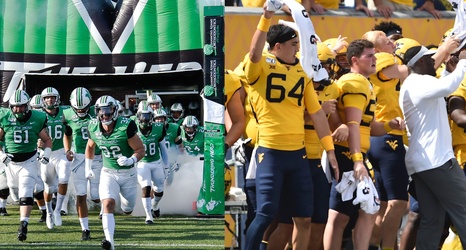 MORGANTOWN, W.Va. — There are few certainties in college football scheduling as we enter the month of August. In the Big 12, a fuzzy picture could become much more clear following a meeting of school presidents on Monday.

For West Virginia, athletic director Shane Lyons knows the Mountaineers will not play Florida State or Maryland as originally scheduled and they will not be making a trip to Atlanta. Eastern Kentucky remains on the schedule and the Colonels are still expected to come to Morgantown on September 12. If the Big 12 school presidents go against the trend of other major conferences and opt to play a full twelve-game slate, Lyons is looking at numerous options.