WVU looks to turn things around against TCU 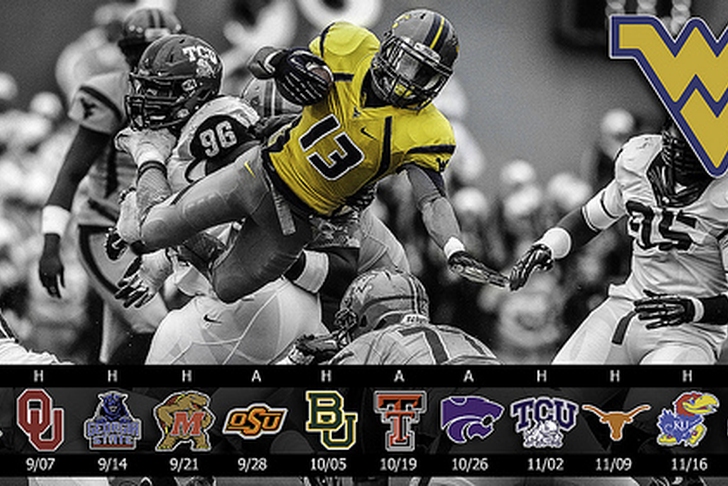 After yet another disappointing loss, this time to Kansas State, West Virginia heads on the road once again to battle TCU.  The stakes are high this week.  Both teams have identical overall and conference records of 3-5 and 1-4, and both have fading bowl game hopes.  West Virginia had its chances against Kansas State, but ultimately blew them after they just couldn’t get anything going offensively or defensively.  Now they must face a TCU team that is looking for some serious redemption after getting demolished by Texas last week.

The West Virginia quarterback situation is still up in the air; Clint Trickett got the start, but Paul Millard came in at the end when the Mountaineers began to trail.  This week it will be interesting to see if Dana Holgorsen decides to go with Trickett or if Millard will get the start.  Trickett threw for almost 300 yards against the Kansas State defense, but he was maybe a little more effective on the ground.  He rushed for 21 yards on eight carries and he also scored West Virginia’s only touchdown.

The Mountaineers are going to need much more than one touchdown in order to compete against the Horned Frogs this week.  The TCU defense is currently allowing 225 yards to opposing quarterbacks, so Trickett and Millard or whoever starts this game for the Mountaineers should be able to have a decent game.

Regardless of who starts for the Mountaineers at QB, the wide receivers should benefit in the long run.  Trickett spread the ball around nicely and all of their top receivers had over thirty yards receiving.  Ronald Carswell led the way with 65 receiving yards on just three receptions.  Kevin White had the second most receiving yards on the team with 56 yards.

Other players who contributed heavily on the receiving end included; Charles Sims who had

54 yards, Jordan Thompson who recorded 41 yards, Daikiel Shorts who racked up 36 yards and Ivan McCartney who had just 12 yards.  This was probably one of the more consistent games for the receivers since in the past they struggled to gain any decent yardage at all.  TCU’s defense is allowing over 13 yards per catch so if the receivers have a repeat day, then expect a lot of first downs and long receptions for them.

With the receivers kicking it into gear last week the running backs looked to follow suit.  However, they had a few more problems running the ball than expected.  Sims had eight carries for 43 yards.  He has proved however that he can be a dual threat back since has played exceptionally well in the receiving game as well.  Dreamius Smith was the second highest rusher going for 23 yards on seven carries.  As mentioned before, Trickett scored on a rushing touchdown and has shown in recent games that he can run when pressured or when Holgorsen calls a quarterback draw play.  The Horned Frogs’ rush defense is giving up 124 yards on the ground this year, so Sims, Smith and even Trickett should have a pretty good day on the ground.

The defense played pretty well in the first half of the game only allowing one touchdown and forcing Kansas State to punt it away a lot.  They gave Daniel Sams a ton of problems when he tried to run the ball, but when he dropped back to pass they just didn’t have an answer for him.  He was a perfect 8/8 with 93 yards and a touchdown.  The secondary also had problems stopping Jake Waters who missed just three passes and threw for 198 yards and three touchdowns.

It was in the second half when everything began to unravel for the defense, and this is what allowed the Wildcats to come back into this game.  They cannot have another performance like that since the Horned Frogs have Casey Pachall coming back this week at QB.  It will also be interesting to see if they decide to stick with Trevone Boykin who has played the QB position decently up to this point.  Either way the Mountaineers cannot let these guys get the upper hand, because if they do, the Frogs will not let off the gas until the final whistle blows.

That being said the one player the defense has to slow down as much as possible is running back B.J. Catalon.  So far this year Catalon has rushed for 366 yards and five touchdowns.  While the Mountaineers have done a pretty good job against opposing running backs this season, there have been a few miscues.  If those miscues happen on Saturday, then Catalon will definitely take advantage of them and bust off big yardage.  If TCU is ahead at all in the second half expect him to have some big yards since that is when the defense seems to be at its worst.

This will be a very tough game for the Mountaineers and based on how they have played the last few weeks it looks like they may be headed back to Morgantown with a loss.  Unless some drastic changes happen the chances of them making a bowl game get slimmer and slimmer every week.  Plus with news of Oliver Luck being considered for the Texas AD job, it looks like the Mountaineers could be having some problems for years to come.