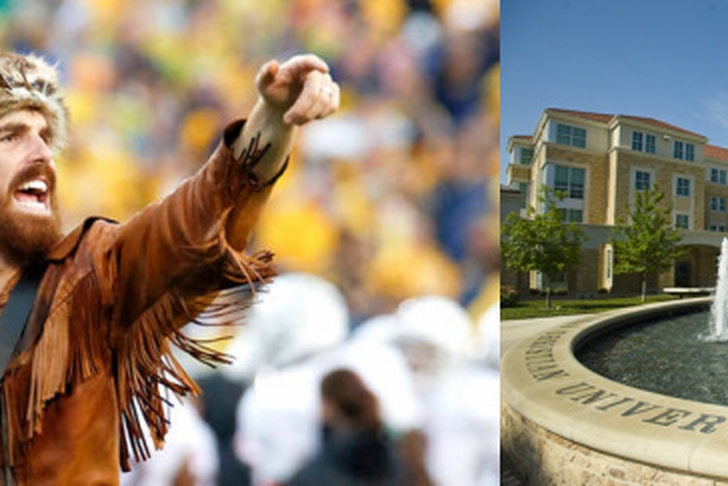 MORGANTOWN- The Mountaineers and Horned Frogs meet up this Saturday afternoon in Fort Worth, Tx.

It has been a disappointing transition to date for both ball clubs in what is their sophomore year as Big 12 Conference members. After originally committing to become a member of the Big East Conference during the 2011 season, TCU has struggled in the Big 12 since leaving the Mountain West Conference. The Horned Frogs have posted a 5-8 record in league play. On the other side, West Virginia is 5-9 in conference since leaving the Big East.

With that said, the Mountaineers and Horned Frogs enter this weekend's contest at 3-5 overall, 1-4 in conference. Something has to give.

The game is a must-win for both teams. According to Mountaineer Nose Tackle Shaq Rowell, this game could end someone's postseason hopes.

Both teams continue to search for answers offensively. For West Virginia, continuing to develop as a unit is key. According to Head Coach Dana Holgorsen, Quarterback Clint Trickett needs more time in the system.

"He needs more reps," said Holgorsen. "He's not yet capable of checking plays at the line of scrimmage, and we need him to be able to do that."

The Mountaineer offense does not have an easy task this weekend when they face a physical Horned Frog defense. West Virginia Offensive Coordinator Shannon Dawson considers TCU to have one of, if not the best, defense in the conference.

"They have some great defense backs," said Dawson. "They make life tough on an offense."

The TCU defense also runs an unusual 4-2-5 scheme. Despite the different scheme, Offensive Coordinator Shannon Dawson says that they do not play games.

"They don't try and trick you," said Dawson. "They don't disguise things much."

On defense, the Mountaineers will face an offense also searching for answers. Last week, the Horned Frogs welcomed back Quarterback Casey Pachall from injury. TCU Head Coach Gary Patterson was pleased with Pachall's performance against Texas.

"I thought he didn't show much rust," said Patterson. "He just needs more practice to get on the same page."

The Mountaineer defense will also prepare for Quarterback Trevone Boykin. Preparing for two quarterbacks is a challenge for a defense looking to snap a poor three game stretch.

"We call it the money down because it's the difference in the game," said Banks. "People who don't get off the field on money down don't win. We've given them the money the past couple of weeks. That has to stop for us to win."

The Mountaineers will look for their first win against TCU as a member of the Big 12 conference this Saturday afternoon.

In last season's matchup, the Mountaineers were ahead 31-24 with 1:44 remaining. The Horned Frogs had the ball on their own six yard line, and needed to put together a 94-yard drive to tie the game and send it to overtime.

Quarterback Trevone Boykin would hit receiver Josh Boyce on a 94-yard touchdown pass to knot the game at 31 with 1:28 remaining. West Virginia Cornerback Ishmael Banks remembers the play to this day.

"It was a complete coverage breakdown," said Banks. "I thought we were in a cover two, and I had help over the top from safety Karl [Joseph]. They ended up getting a big play out of it."

The Horned Frogs and Mountaineers would play two overtimes, and a gutsy call by TCU Head Coach Gary Patterson to go for the two point conversion and win in the second overtime paid off. The No. 21 Mountaineers would lose at home, 39-38.

The Mountaineers and Horned Frogs meet up this Saturday afternoon in a must win game. The game is scheduled to kickoff at 3:30 p.m. eastern time on ESPNU.