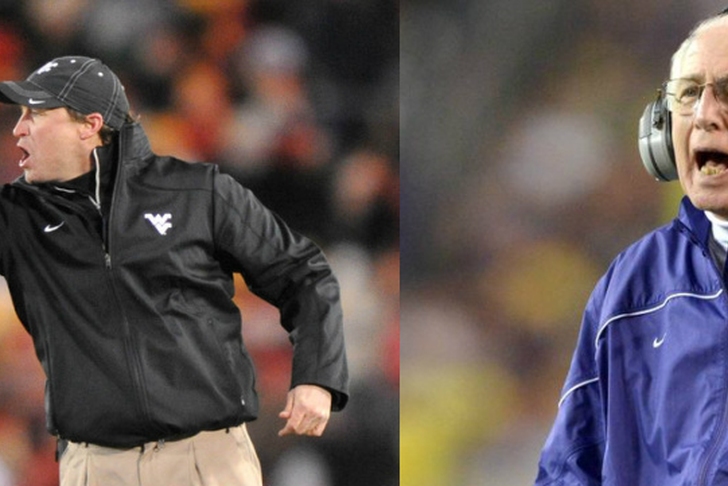 After a heartbreaking loss to Texas Tech, the Mountaineers head back out on the road to face a well-rested Kansas State team.

The Mountaineers were within minutes of pulling their second upset of a ranked team this season before letting an 11-point lead slip through their fingertips against the Red Raiders of Texas Tech, losing by a final score of 37-27.

For Kansas State, Bill Snyder's team comes into this weekend's contest after having a week off. Before the bye week, the Wildcats had high powered Baylor on the ropes, but eventually ran out of steam in the final stages. The Bears escaped Manhattan with a 35-25 win.

Both Kansas State and West Virginia have failed to meet expectations heading into the season. After a Tostitos Fiesta Bowl appearance last season, the Wildcats have struggled to find an identity. In the very first week of the season, Kansas State lost to an FCS school, North Dakota State. The upset by the Bison led to College Gameday going to Fargo, N.D. Five games later, the Wildcats are 2-4, and without a win in conference, 0-3.

On the other side, West Virginia has witnessed a complete role reversal from last season. A year ago, the Mountaineer defense was incapable of stopping any opponent. The offense was special with the likes of Geno Smith, Tavon Austin, and Stedman Bailey. This season, the defense is reliable, and the offense is ugly. While Clint Trickett has won the starting job the past three games, a case can be made for Head Coach Dana Holgorsen to insert Paul Millard.

West Virginia and Kansas State come into the matchup this weekend looking to gain momentum. Despite poor records on both sides, defensive lineman Shaq Rowell says both teams are better than their record shows.

"Both teams are better than that," said Rowell.

Offensively, the contrast in styles of play could not be more different. The Wildcats are known for taking a bruising, old-school power football approach. According to Rowell, they will put you to sleep with their play calling.

"They'll run the same play over and over," said Rowell. "They put you to sleep, and wait for you to make a mistake."

The Wildcats also have two talented quarterbacks in Daniel Sims and Jake Waters. Both are effective through the air and with their feet.

For the Mountaineers, Coach Holgorsen continues to mold his offense with the current talent. A fast start will be key for the Mountaineers. According to Offensive Coordinator Shannon Dawson, scoring early on the road is important.

"I think we've scored on our first possession maybe one time this season, against William and Mary," said Dawson. "We have to execute better out of the gate, and get points on our first drive. That's big for momentum."

On defense, both teams look to continue their dominance. Kansas State was able to hold the Baylor Bears to just 35 points in their last outing, half of the Bears' season average. West Virginia Offensive Coordinator Shannon Dawson says that it was their ability to stop the run that made the difference.

"They were able to shut down the Baylor run game," said Dawson. "Making Baylor one dimensional is key."

The Mountaineer defense looks to bounce back after a tough second half against the Red Raiders of Texas Tech. Both Defensive Coordinator Keith Patterson and Shaq Rowell say the key against Kansas State is getting off the field on third down.

"We have to get off the field," said Patterson. "We didn't do that against Tech, and it cost us."

Shaq Rowell says that getting off the field means playing without mistakes.

"They are well coached, one of the best coached teams in the Big 12," said Rowell. "They don't make mistakes, and we can't either. We have to be disciplined."

On special teams, the advantage belongs to the Wildcats. Kansas State is averaging nearly 30 yards per kick return. If receiver Tyler Lockett is healthy, it could get worse for the Mountaineers. Special teams will be an area to watch for both teams.

The Mountaineers and Wildcats have a lot at stake when they meet up this Saturday afternoon in Manhattan, Ks. Fox Sports 1 will have the call starting at 3:45 p.m. central time.

- The Mountaineers are in search of their first road win of the season.

- Kansas State is 0-3 in conference play heading into this weekend's matchup against the Mountaineers. All tickets have been sold for Homecoming 2013 at Bill Snyder Family Stadium.