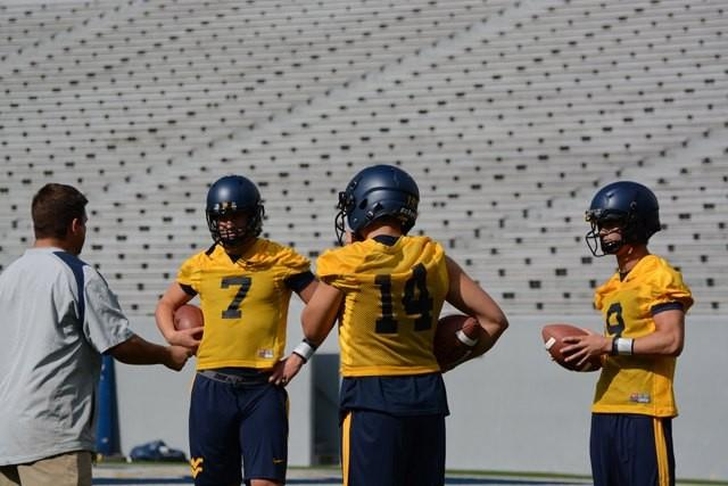 MORGANTOWN- It has been a long season for Mountaineer fans. To make matters worse, starting quarterback Clint Trickett could be out for this week's game when the team travels to face the Kansas Jayhawks in what is a must win for the Mountaineers.

Thursday morning, Trickett sent out this tweet, which seems to reveal that he may be out for not only this weekend, but potentially the rest of the season.

Not the news I wanted to hear

While Clint does not confirm he is out this weekend, it is likely that he will not play at Kansas after suffering an injury, most likely a concussion, in the loss against Texas. Coach Dana Holgorsen said on Tuesday that Trickett would need to be cleared on Thursday to play on Saturday. It looks like Paul Millard will get the call for his first start since game two against Oklahoma.

While Millard is certainly capable of getting the job done, the Mountaineers will be without a true backup quarterback. With Trickett and Childress both now most likely out, WVU will turn to walk-on Logan Moore. The junior from Fairmont, W. Va. is a converted receiver who currently serves as the Scout Team quarterback for the Mountaineers. If Millard gets hurt on Saturday, Moore could see his first game action as a Mountaineer, and he feels confident that he could run the offense.

"I'm pretty sure I'd be fine," said Moore. "We'd just have to simplify the offense some because I'm still learning it."

Regardless of who plays the position, the offense has another tough challenge against a much improved Kansas defense. After having one of the worst defenses in college football history last season, the Jayhawks have put together a much better performance this time around. The unit has held both Big 12 powers Oklahoma and Texas in check, and been in the ball game late. Unfortunately, they have been unable to finish games, and have a 2-7 record, 0-6 in conference to show for their efforts. Despite the record, WVU offensive coordinator Shannon Dawson has a tremendous amount of respect for the Jayhawks.

"They are much improved," said Dawson. "They are being more aggressive, and have some great athletes, some of the best in the conference. This will be a challenge for us."

The Jayhawk defense has been known to stop the run well this season, which may lead to a few more pass plays dialed up by Dawson and his staff. Paul Millard hopes he and his teammates can take advantage of this opportunity.

"As an offense, we love to sling it," said Millard. "I love to throw the ball, and hopefully we put up a lot of points on Saturday."

On the flip side, the West Virginia defense continues to battle injuries. In the loss to Texas, the Mountaineers lost two key defensive weapons, KJ Dillon and Jared Barber. Both are out for the season. Dillon spent the weekend in the ICU unit at Ruby Memorial suffering from severe dehydration while Barber tore his right ACL and will have surgery in the coming weeks. The injuries are being to mount for defensive coordinator Keith Patterson's defense.

"I think I counted 15 guys who are injured on the defense, 10 are out for the year," said Patterson. "It's obviously disappointing losing guys like KJ and Jared who are such a big part of the defense, but that's football. We need other guys to come in and fill the gaps."

Those other guys will be senior linebacker Tyler Anderson and junior linebacker Jewone Snow. With the emergence of Nick Kwiatkowski this season, Coach Patterson is confident his defense will be just fine.

"We're gonna plug Tyler and Jewone in there," said Patterson. "I think with Nick becoming such a dominant force at linebacker this season we have confidence he will help the other guys transition into playing more snaps."

The defense will face a Kansas offense that has been stagnant all season long. The Jayhawks are averaging just 295 yards and scoring below 16 points per game. This may be just what the doctor ordered for a wounded Mountaineer defense. According to nose tackle Shaq Rowell, they may have to borrow some bodies for the final two games.

"We're gonna have to go to Rent-A-Center and get some more players," said Rowell. "Or borrow from another team."

Special teams could once again play a big factor in the outcome of the game. With both offenses struggling to find consistency, and the defenses playing pretty well, points could be hard to come by.

Saturday is a must win for the Mountaineers in their quest for a bowl game. Kansas will be searching for their first win inside conference play, 0-6.