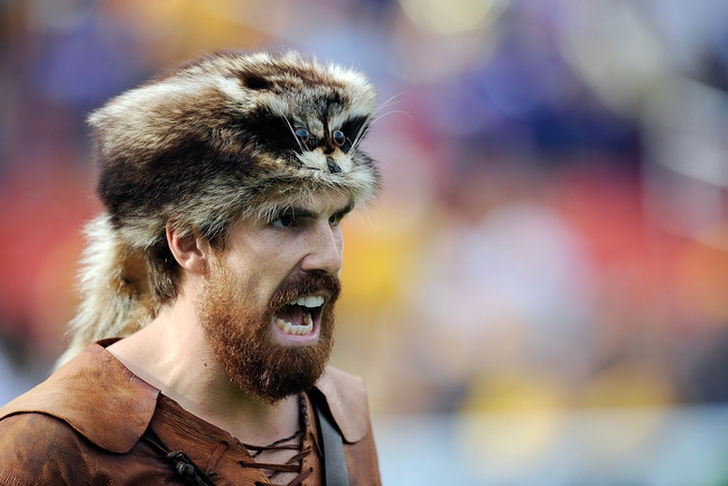 MORGANTOWN- The Mountaineers are out for revenge.

Texas Tech spoiled the Mountaineers season a year ago in Lubbock by winning 49-14. Red Raider Quarterback Seth Doege threw for 499 yards and 6 touchdowns against the West Virginia defense. Meanwhile, the Mountaineers' high powered offense was held in check, gaining only 408 yards. It was an ugly day to be a Mountaineer, and ultimately ended the national championship aspirations for West Virginia.

The roles have reversed. The Red Raiders come in at a 6-0 mark, 3-0 in conference play. The Mountaineers enter the contest at 3-3, 1-2 in conference. A nationally ranked Texas Tech ball club is led by tight end Jace Amaro. In six games, the junior tight end has 47 receptions for 606 yards. The Red Raider offense also features two true freshman quarterbacks and four last names, Baker Mayfield and Davis Webb. Mayfield and Webb have combine for 17 touchdowns and 2,453 yards of offense. If that isn't lethal enough, Tech also has two explosive running backs. DeAndre Washington and Kenny Williams are among the top backs in the Big 12 conference.

For the Mountaineers, the offensive uncertainty lingers on. A starting quarterback has yet to be named, but odds are that a healthy Clint Trickett will get the call. According to Coach Holgorsen, his three quarterbacks are all in the race and healthy.

"Clint took the bye week off to get healthy," said Holgorsen. "Ford [Childress] took a few more reps. Paul [Millard] continues to practice well, and I wouldn't count him out."

Despite the competition, Paul Millard says that he has a good relationship with the other two quarterbacks.

"We all get along well," said Millard. "Regardless of who is on the field, we want to see each other succeed."

The Mountaineers will need an impressive offensive performance to win on Saturday against a stout Texas Tech defense. The Red Raider defense is allowing an average of 344 yards per game and 17 points. On the West Virginia side of the ball, the Mountaineer defense looks to bounce back after a brutal outing against the No. 12 Baylor Bears. The West Virginia defense allowed 872 yards and 73 points. Make a note that over 600 yards were gained in two quarters.

As for special teams, both West Virginia and Texas Tech have been efficient to this point in the season. Mountaineer freshman punter Nick O'Toole has proven to be a nice addition added by Coach Holgorsen and his special teams coach, Joe DeForest. O'Toole is averaging 44.6 yards per punt. For the Red Raiders, Ryan Bustin has yet to miss an extra point, going 30 of 30. Bustin is also 13 of 16 on field goals.

The Mountaineers look to open the second half with another signature win, while the Red Raiders look to stay undefeated and in the national championship hunt.

- Mountaineer sophomore linebacker Nick Kwiatkowski returns to the field after sitting out the past two games against Oklahoma State and Baylor with a hamstring injury. At the time of his injury during the Maryland game, he was the leading tackler on the defense. According to Kwiatkowski, he is healthy and ready.

"It's been a long couple of weeks mentally," said Kwiatkowski. "I feel good, and I'm excited for this weekend."

- The trip to Morgantown marks the first time Texas Tech has been to West Virginia.

- The coaches, Kliff Kingsbury and Dana Holgorsen, have a relationship that goes all the way back to when Holgorsen was at Texas Tech under coach Mike Leach. They both had comments regarding each other.

"Kliff is a bright, young coach," said Holgorsen on the Big 12 Coaches' Teleconference.

"Dana and I have known each other since I played under him at Texas Tech," said Kingsbury. "I would have never started coaching if it weren't for Dana."