West Ham will sign Alphonse Areola from PSG TODAY after agreeing a £10.5m fee for the goalkeeper following his successful loan spell last season, 'as he gets set to sign a long-term five-year contract' 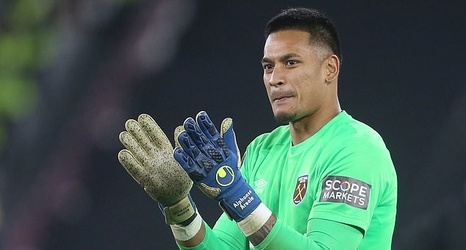 West Ham are set to sign goalkeeper Alphonse Areola from Paris Saint-Germain today after reaching an agreement over a £10.5million fee.

The stopper, who impressed on loan at the London Stadium last season, will join the club and, according to reports, will put pen to paper on a five-year contract.

Areola has been loaned out to several clubs since signing a professional contract with PSG in 2009, but thrived at West Ham - making 17 appearances for the side.

That included 11 outings in the Europa League, before the club crashed out in the semi-finals against eventual winners Eintracht Frankfurt.