West Ham star Manuel Lanzini AVOIDS a driving ban after being stopped in his £73k porsche with no licence or insurance, as the Argentine is fined £1,735... just weeks after surviving a car crash in a Mercedes 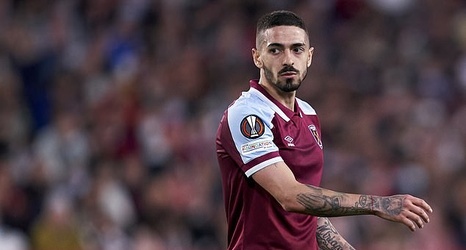 West Ham footballer Manuel Lanzini has dodged a driving ban after being stopped by police in his £73,000 Porsche without a licence or insurance.

The Argentine - who earns around £3.5million a year with the East London team - was instead issued a fine of £1,735 - with six points added to his licence - after being caught behind the wheel on January 27 in Aldgate on his way to the chemist.

The 29-year-old - who was driving to pick up medicine for his wife - waved his invalid Argentinian licence at police and admitted he knew he should not be on the road.