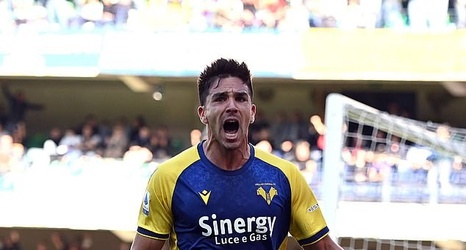 Giovanni Simeone has impressed on loan at Italian club Hellas Verona from Cagliari this season.

The 26-year-old striker has scored nine goals in 11 matches, including a recent brace against Juventus.

Hellas Verona have an option to buy the Argentine for £10.2million at the end of the season.

And they could then sell him on to the Hammers, who have twice enquired about him in the past 12 months, according to the Daily Express.