West Ham 1-1 Manchester City - PLAYER RATINGS: Michail Antonio led the line courageously once again after scoring a stunning goal... while Sergio Aguero's performance will be a worry for Pep Guardiola 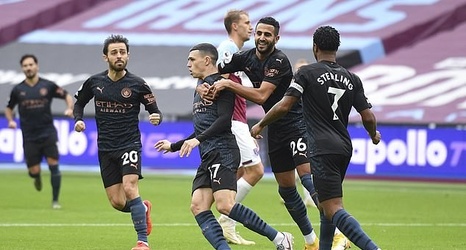 Michail Antonio's superb overhead kick was cancelled out by substitute Phil Foden's equaliser as West Ham extended their unbeaten run to four matches with a 1-1 draw against Manchester City.

Antonio scored his third league goal of the season in fine style, but West Ham will now be concerned about how long he will be injured for, after he was substituted off in the 52nd minute.

It was a tale of two halves for Sergio Aguero and Phil Foden. Aguero struggled to get into the game and was brought off at half-time for Foden, who was outstanding as he scored the equaliser in the 51st minute.