'The excitement to play in the Europa League is IMMENSE!' Early-season star Pablo Fornals on West Ham's European dream, his recall to the Spain team and how a goal at Liverpool just before the Covid-lockdown changed everything 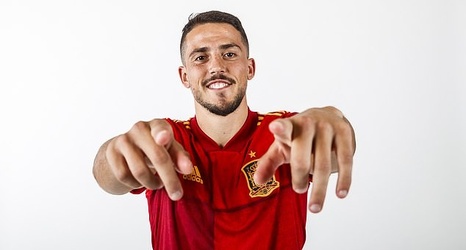 This has to be a first: someone singing ‘I’m forever blowing bubbles’ in the main stand at Spain’s training ground just outside of Madrid.

Looking out on to the main training pitch and grinning broadly, Fornals is demonstrating that his English is good and that he knows the club song.

He is a happy man because he’s where he wants to be right now: living in London, back in the Europa League with West Ham and back in the Spain squad after a three-year absence.