Taiwo Awoniyi's journey to Union Berlin: How the striker found belonging in the Bundesliga 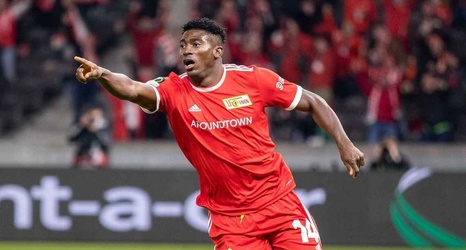 When Taiwo Awoniyi's son, Emmanuel, is old enough, he will hear the story of his father's journey to Union Berlin. While Emmanuel will grow up wanting for nothing, Taiwo wants to tell him the tales of his childhood: of how he used to go without food to play football, and how he used to go in search of discarded shoes to patch up his beloved football boots.

That journey has led to the Bundesliga, where Awoniyi has become a star. Having gone from signing for Liverpool to a six-year nomadic journey on loan, and now to his home in Berlin, where he has scored seven goals in 11 league games this season, there's one central, grounding theme: the importance of belonging.