REVEALED: Sixth-place Liverpool are now FAVOURITES to nick a top-four place ahead of Chelsea and West Ham... while Fulham have just a 4.8 per cent chance of surviving the drop, say Opta's stat boffins 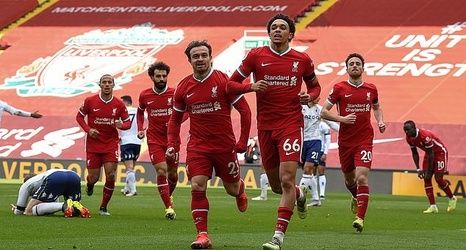 Liverpool are now the statistical favourites to steal a march on the top four and book their place in next season's Champions League, according to data from Opta.

Just hours after they crashed out of Europe's premier competition at the hands of Real Madrid, Reds fans were handed a boost with the latest data, which is backing them to leapfrog Chelsea and West Ham.

Despite them sitting behind both of their rivals with just seven games to go, the reigning champions are statistically the most likely to make the top four and Opta believe they will finish fourth on 67 points, level with third-placed Leicester.