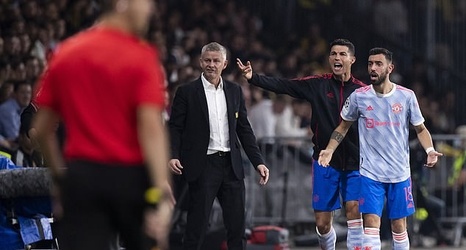 Ole Gunnar Solskjaer has hit out at former team-mate Rio Ferdinand for suggesting Cristiano Ronaldo was trying to do the manager’s job during their Champions League defeat by Young Boys on Tuesday.

Ferdinand said he would have ordered Ronaldo to sit down after claiming the 36-year-old superstar had hollered “instructions” from the technical area after being substituted in the 2-1 loss.

But Solskjaer has fired back by saying Ferdinand got his facts wrong and is adamant Ronaldo has not expected any special treatment since his return to Old Trafford. Ronaldo has scored three goals in the two games played so far and faces West Ham at the London Stadium on Sunday.