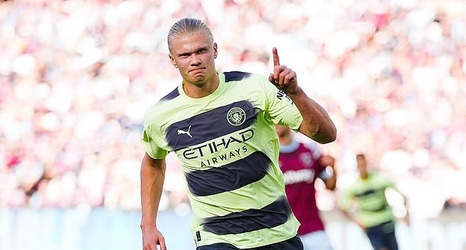 Micah Richards and Roy Keane have heaped praise on Manchester City striker Erling Haaland after the 22-year-old's stunning Premier League debut - and both believe he can go on to break a host of domestic records in England.

The Norway international netted a brace in the Citizens' 2-0 victory over West Ham at the London Stadium in their opening game of the Premier League campaign.

The striker fired Pep Guardiola's side into the lead from the penalty spot in the 36th minute, before doubling City's advantage with a fine strike after 65 minutes.