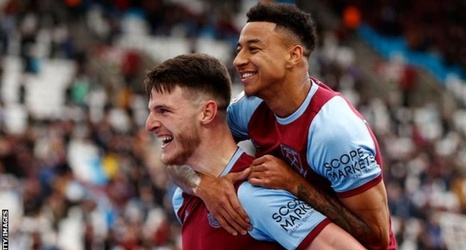 West Ham have made departing Manchester United midfielder Jesse Lingard an offer to return to the London Stadium.

Lingard had a successful time on loan with the Hammers at the end of the 2020-21 season and scored nine goals in 16 Premier League starts.

But he was denied another loan spell in January as United refused to deal with a rival for a European place.

Meanwhile, West Ham are set to confirm the signing of goalkeeper Alphonse Areola from Paris St-Germain.

Terms have been agreed with the French Ligue 1 champions for Areola, who spent last season on loan with the Hammers and will cost around £10.