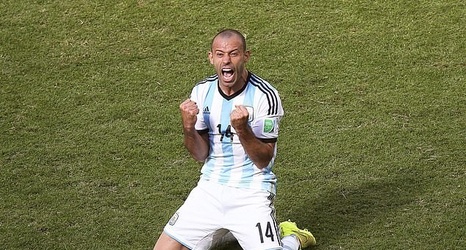 Former Barcelona, Liverpool and West Ham midfielder Javier Mascherano is to take over as coach of Argentina's Under-20 team next year, the Argentine Football Association (AFA) said on Thursday.

It will be a first coaching job for Mascherano, who won more than 100 caps for the national side playing in defence and midfield.

The 37-year-old will replace the current coach Fernando Batista from January, the AFA said in a statement.

After a long career with stints at River Plate, Corinthians, West Ham and Estudiantes, Mascherano retired in November 2020.