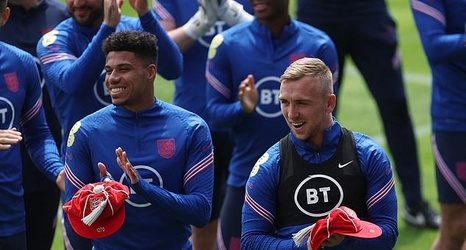 England new boys Jarrod Bowen and James Justin have been presented with their first official England caps before the squad's clash with Germany.

After losing 1-0 against Hungary on Saturday, the Three Lions' Nations League campaign in Group A3 continues away against Die Mannschaft in Munich on Tuesday evening.

Bowen and Justin both made their England debuts against Hungary, and boss Gareth Southgate has made sure to officially mark the occasion of their international bow.

Ahead of training for the Germany tie, Southgate called his squad together in a circle at their Munich base and handed over the commemorative garments as the pair received a round of applause.