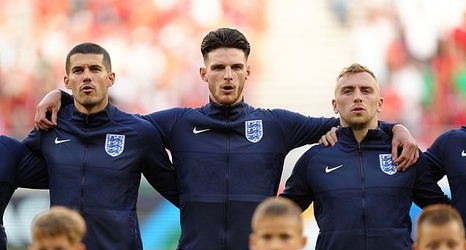 The Three Lions' Nations League campaign got off to a bad start in Budapest, where children at the half-full Puskas Arena celebrated Dominik Szoboszlai's penalty in a famous 1-0 triumph.

Hungary's first win against England in 60 years was deserved, considering the pattern of play and contrasting performances on an evening when Bowen provided the visitors' best attacking outlet.

The 25-year-old, who scored 18 goals in all competitions and provided 13 more for the Hammers over the last season, had an encouraging debut and admitted in the Puskas Arena's interview area afterwards: 'I felt comfortable.