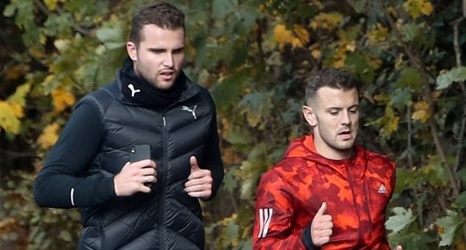 Jack Wilshere is determined to keep up his fitness as he bids to get back into professional football following the termination of his West Ham contract.

The midfielder was putting in the hard yards during a run near his London home as he considers his options after agreeing to end his two-year association with the Hammers.

The former Arsenal and England man has had interest at home and abroad but is said to be weighing up a move to the MLS.

Wilshere is desperate to get his career back on track after a spate of injury problems which have stopped him reaching his potential.