'I'd happily come and watch the Champions League with the Europa League trophy': Mark Noble says not even West Ham qualifying for Europe's elite competition next season will make him change his mind about retiring 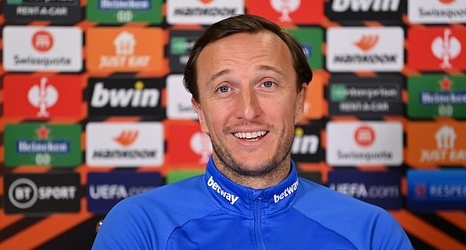 Mark Noble’s order is in. He wants two tickets for next season’s Champions League games at the London Stadium — one for him, and one for the Europa League trophy in the seat beside him.

That’s the dream, says this 34-year-old captain embarking on his last dance with the club he joined at the age of 11. He insists there will be no retirement U-turn, regardless of whether West Ham qualify for Europe’s elite competition by winning this tournament.

‘I’ve been asked this question so many times by so many people,’ Noble said at the club’s training ground on Wednesday.