'He's a natural defender': Under-fire England boss Gareth Southgate is urged to move Declan Rice from midfield to CENTRE-BACK by Tony Cascarino... who insists playing the West Ham star alongside John Stones in a back four will fix their defensive woes 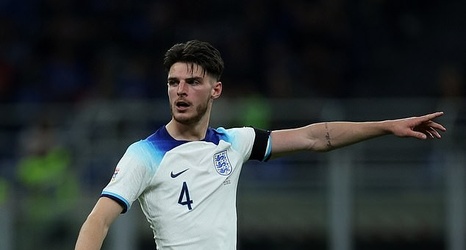 England have failed to win in their last five games, with Gareth Southgate's side having conceded seven goals during that period.

Rice is a regular in midfield for England, but Cascarino feels that Southgate should move the 23-year-old into defence and play him alongside John Stones in a back four.

Speaking on talkSPORT, Cascarino said: 'I've banged on about this for ages, and I'm going to drive people mad about this – the best way for England to play is a four [at the back].