'He was brilliant': Ole Gunnar Solskjaer showers Jesse Lingard with praise as the midfielder put his Young Boys howler behind him with a brilliant winner against old club West Ham 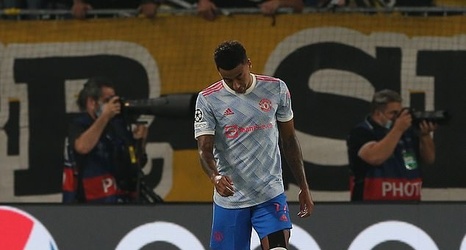 Ole Gunnar Solskjaer has heaped praise on match-winner Jesse Lingard for bouncing back to silence old club West Ham just days after his error at Young Boys cost Manchester United a point in the Europa League.

Lingard came on for Cristiano Ronaldo in Bern, with his pass deep into stoppage time intended for David de Gea cut out by Jordan Siebatcheu, who slotted home.

The 28-year-old started on the bench again today at the ground where he was so impressive last season, as he came on for Paul Pogba this time on 73 minutes.