Football-related arrests surge to highest level for EIGHT YEARS in England and Wales as 2,198 fans were arrested last season... with West Ham, Man City and Man United supporters being the worst offenders 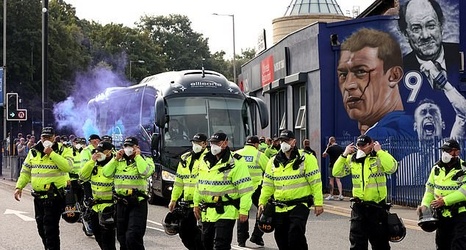 The shocking extent of criminal and anti-social behaviour at matches in England and Wales has been set out in data released by the Home Office on Thursday.

A total of 2,198 football-related arrests were made last season - the highest figure for a single campaign in the last eight years.

The data paints a depressing picture for the domestic game, with incidents reported at 1,609 of the 3,019 matches played in England and Wales over the course of last season - equating to 53%.