Europa League draw: West Ham come up against French side Lyon with a potential semi-final clash against Barcelona to come, while Rangers take on Braga with one of RB Leipzig or Atalanta awaiting the winner 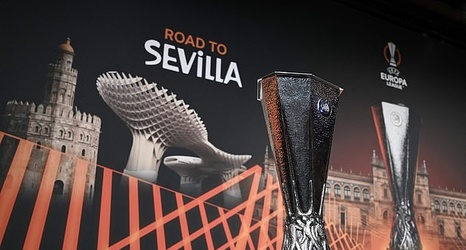 West Ham have been drawn against Lyon in the Europa League quarter-finals, while Rangers will take on Braga and Barcelona face German outfit Eintracht Frankfurt.

The remaining last-eight clash will see an enticing match-up between Bundesliga side RB Leipzig and Serie A side Atalanta.

West Ham could meet Barcelona in a mouthwatering semi-final should the pair prevail in their quarter-finals, while a victory for Rangers will see them come up against either Leipzig or Atalanta.