Dimitri Payet was Premier League box office at West Ham but has found a place he calls home in Marseille... and the free-kick maestro will be looking to deliver a reminder of his individual brilliance against Manchester City tonight 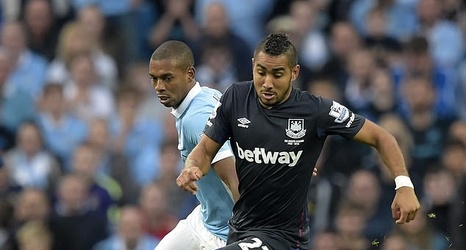 Dimitri Payet lit up the Premier League during his two-year spell at West Ham, but now back at his beloved Marseille he appears to be driving the Ligue 1 side's domestic and European ambitions.

His Hammers career - which saw him become one of the most coveted attacking midfielders in Europe given his creative genius - ended on a sour and acrimonious note, refusing to train and telling then boss Slaven Bilic that he wanted to leave immediately.

The east London club did initially fold to his demands and let him return to his former side in January 2017, and now more than three years on Payet will face - rather than turn out for - an English side, with Manchester City the visitors to the Stade Velodrome on Tuesday evening.