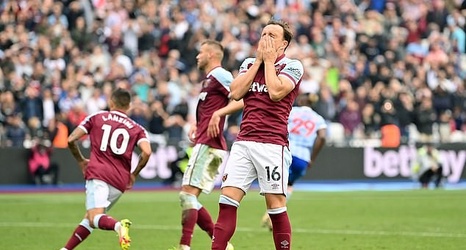 David Moyes has defended his decision to send Mark Noble on for a last-minute penalty after his miss cost West Ham a point against Manchester United.

With the Hammers trailing 2-1, club captain Noble, their Mr Reliable from the spot, was summoned from the bench by Moyes to take the penalty after Luke Shaw handled in the area.

Noble had not missed a penalty since December 2016, remarkably eight months after De Gea last saved one - some 40 spot-kicks ago.

But the long-serving midfielder, who retires at the end of the season, was denied his moment of glory when De Gea dived to his left to claw out his effort.