Cheikhou Kouyate is set to leave Crystal Palace on a free transfer after failing to agree a new deal... with the former West Ham star declining the club's offer of a one-year extension 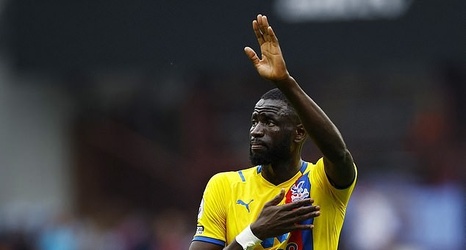 Cheikhou Kouyate will leave Crystal Palace on Friday after failing to agree a contract extension.

Talks between the player and club over a new deal have been ongoing but have failed to find a positive resolution.

And the former West Ham midfielder will become a free agent on July 1 when his contract expires.

Kouyate, 32, was open to staying at Selhurst Park but wanted a two-year contract.

Given his age the Eagles were only prepared to offer the Senegal international a 12 month extension.

Joining from the Hammers in 2018, Kouyate has played a key role for the Eagles - making close to 150 appearances for the club.