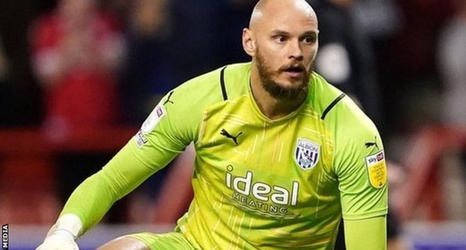 Albion have also given a new four-year deal to fellow keeper Alex Palmer, 25, who is looking to push Button, 33, for the number one jersey.

Ex-Tottenham Hotspur trainee Button ended the season as Baggies number one after England keeper Sam Johnstone's decision not to sign a new deal.

Button kept four clean sheets in his 10 league appearances in 2021-22.

That included three in the last three games as Albion improved their position to finish 10th under Steve Bruce, eight points shy of a play-off place.