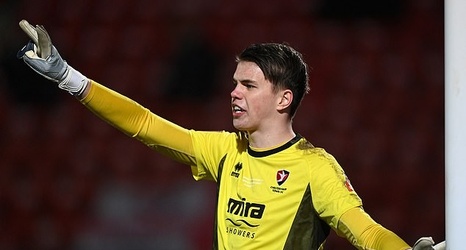 West Brom are weighing up offers from Lincoln and Portsmouth for their promising England under-21 goalkeeper Josh Griffiths.

Griffiths displayed his potential while on loan at Cheltenham last season by keeping 23 clean sheets in 50 games to help them win League Two.

The 19 year-old’s displays also earned him Cheltenham’s young player of the year award along with a first call up to the England under-21 squad for their Euros group stage campaign in March.

West Brom are now plotting the next stage of development for their goalkeeping prospect in the third tier.