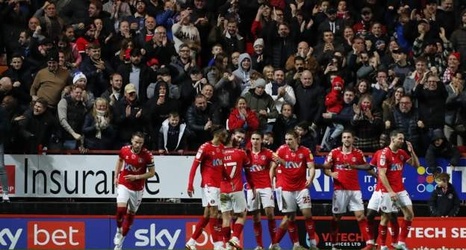 Another afternoon of craziness in the EFL comes to an end, packed full with goals, red cards and excitement like a juicy Berlin doner kebab. Or falafel if you're veggie/vegan.

Fulham marched on, Charlton stunned Plymouth, Sunderland won a battle of big reputations against Ipswich and Forest Green stomped clear at the top of League Two.

Anyway, it's not even the end of it either, as Bournemouth can wrest their place back at the top of the Championship if they win against Derby tomorrow.