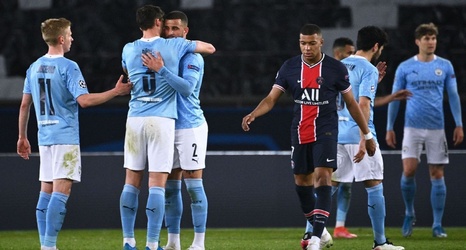 Same city, same habits. On the eve of the biggest game of their season. -- a Champions League semifinal, second leg, against Manchester City, who hold a 2-1 aggregate lead -- Paris Saint-Germain have decided to keep the same routine as the last time they headed for the north-west of England.

When the French super-club played Manchester United in the Champions League group stage at Old Trafford in December, they stayed at the Lowry hotel in the city centre and Marco Verratti answered the questions of French broadcaster RMC the day before the game.